EXTRA - Visit to the excavation – FRIDAY 20th OF MAY

As a result of the works focussed on the garden of Hoogstraeten House, next to Coudenberg Palace, archaeological excavations are taking place from 28/2. The excavations initiated by urban.brussels are entrusted to Bert Heyvaert (Monument Vandekerckhove) under the supervision of archaeologist Sylvianne Modrie, who is also president of the Scientific Committee of Coudenberg Palace.

The excavations make it possible to better document this area, in particular the promenade wall laid all around the property. This footpath on the one hand allowed to enjoy the view of the private gardens of the Lalaing family, Counts of Hoogstraeten, and on the other hand offered an unobstructed view of the lower town and the collegiate church of St. Michael and St. Gudula. In previous excavations, archaeologists identified several garden levels of various 13th and 14th century houses. The excavations should reach the soil undisturbed by humans and thus allow a mapping of the former topography of the Coudenberg hill.

A visit to the excavation site is organised every Friday at 3 pm.
Participants will thus be able to learn about the discoveries made from week to week by the digging teams. 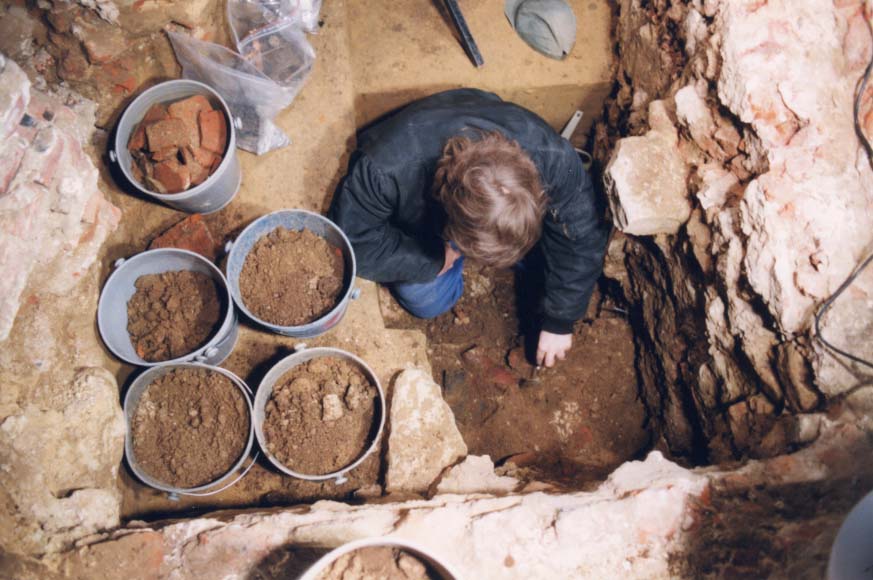